Alexandra Daddario Takes Her Tits Out To Try And Save “Baywatch” 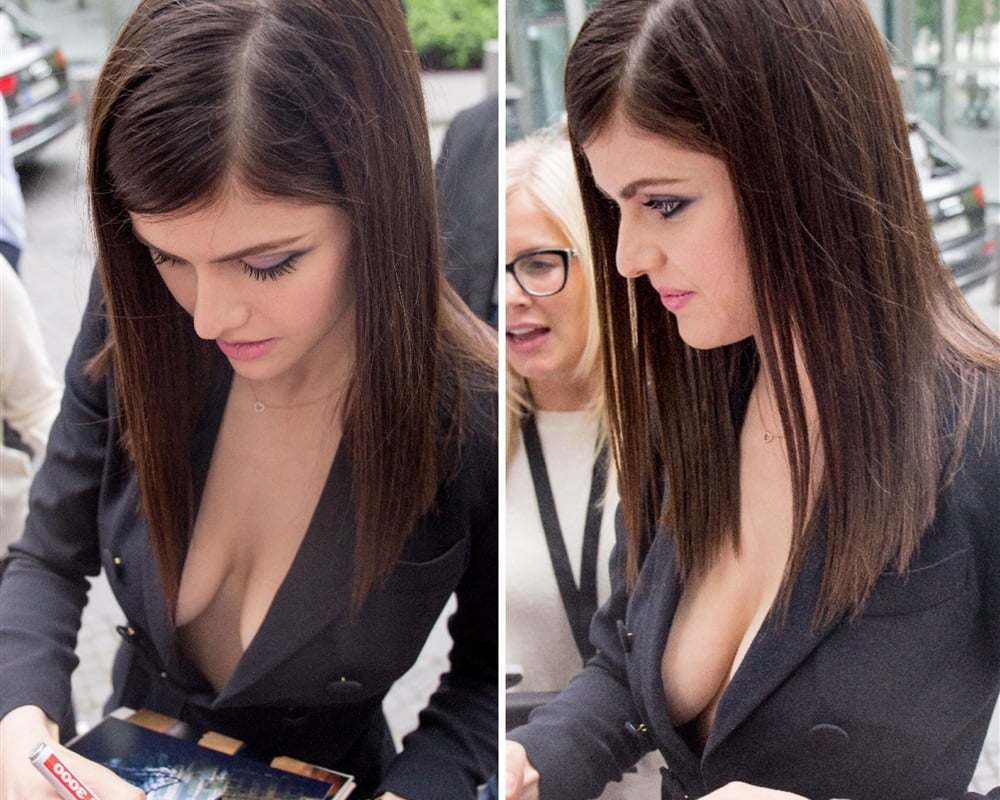 With her new “Baywatch” movie flopping spectacularly in theaters, Alexandra Daddario breaks out the big guns and shows up to the German premiere with her tits hanging out in the photos below.

Of course it perfectly illustrates the typical heathen whore mentality for Alexandra Daddario to think that she can fix a problem by simply throwing her boobs at it. Although admittedly in the hopelessly depraved infidel West this strategy probably would have worked if the homoqueers who made this film actually had Alexandra showing off her bulbous milky white mammaries in it instead of featuring the “The Rock” and Zac Efron running around playing grab ass while bouncing their man boobs.