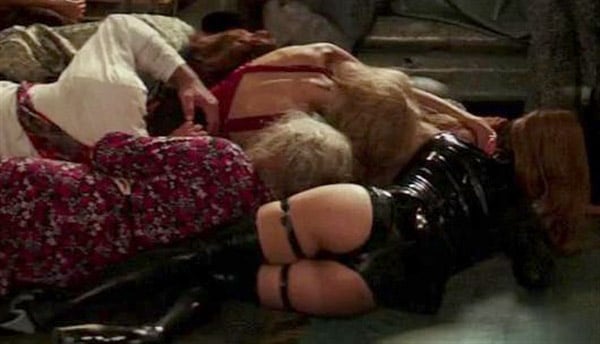 If you were one of the dozen or so people that went to see “Zoolander 2” in the theaters then while contemplating suicide you may have noticed Ariana Grande’s cameo scene in which she shows off her world famous tight round little ass in leather (as you can see in the photo above), and sticks a ball gag in her mouth (as you can see in the video below).