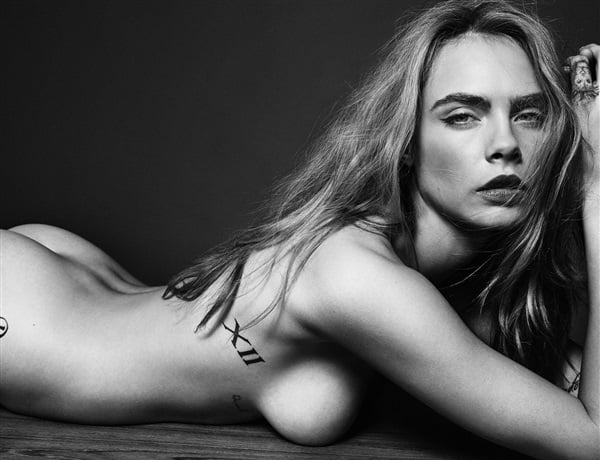 Model, actress, and lesbodyke Cara Delevingne poses nude in the black and white photos below from the new issue of Esquire magazine.

Esquire claims that Cara Delevingne is the “face of her generation”, and if her face was multi-racial and fat that statement may be true in the heathen Western world. However, the only thing us Muslims find even remotely pleasing about Cara Delevingne face’s is her dark big bushy eyebrows.