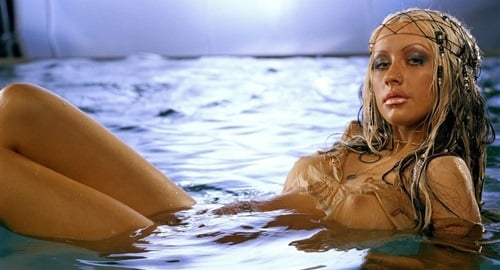 It is hard to believe that it has been 30 years since Christina Aguilera shocked the infidel world by revealing that she is not an innocent Disney girl, but rather a filthy degenerate whore. Of course us Muslims didn’t need to see Christina’s nipple ring or ass crack to know that she was a slut, as we have an acute sense for female immorality (just ask all the women we’ve stoned).

Clearly Christina Aguilera was ahead of her time with these topless Maxim photos. Nowadays these outtake photos would be the ones that were released, as the original nippleless pics would not have caused anyone to bat an eye, let alone launch Christina Aguilera’s career as a whorish sex symbol.