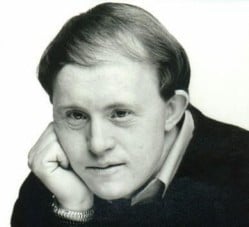 By now everyone has heard the Chuck Norris facts. There have even been copycat Vin Diesel and Mr. T facts. Lost in all this hype are the facts about the greatest American hero of America. Of course I am talking about Corky from the hit TV series “Life Goes On”.

Corky wears a helmet not for his protection, but for yours!

Corky only rides the short bus because it handles better.

Corky can read! …sort of.

Corky’s tears cure cancer. Too bad he is retarded.

Corky once counted to 47… on his chromosomes.

Corky can eat his own farts.

Corky eats grass… because somebody has to.

Corky’s favorite food is blue, and his favorite color is 7.

Too Corky bitches ain’t nothing but tricks and hoes.

If you ask Corky he’ll tell you the secret to peace in the Middle East is “happy rainbow kisses”.

Corky once hugged Chuck Norris. He did nothing.

Corky once took a shit in a pool.

Corky once threw feces at a monkey that was giving him the evil eye.

Corky is so retarded that even his penis’s head is small and abnormally shaped.

Corky wrote a song about the corn in his stool.

Corky is just like you, he puts his pants on one leg at a time. The only difference being his are on backwards and covered in various bodily fluids.