Jessica Simpson Is Totally Not Fat 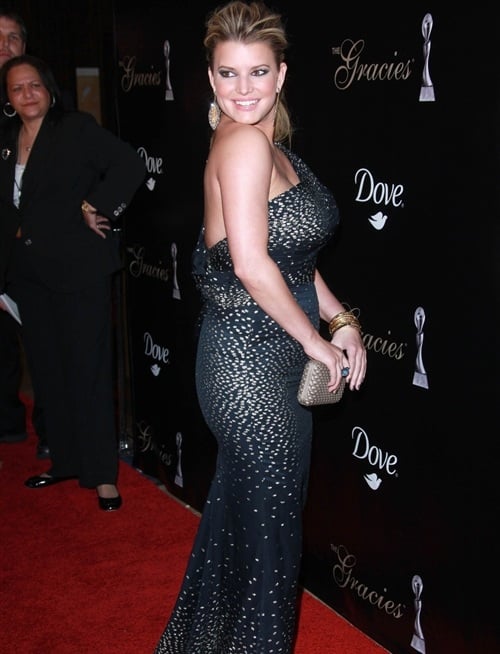 Jessica Simpson (the enormous dark blue blob in the picture above) appeared at the launch party for Dove’s new line of chocolates yesterday. Representatives for Dove were confused at first considering this was a corporate event and Jessica Simpson was not invited. An event spokesperson had this to say,

“She just sort of showed up. We felt bad because she was all dressed up, so we let her stay. She was very enthused about the chocolate.”

In fact Jessica Simpson was so enthused that she single-handedly finished off the numerous samples which were supposed to be for investors and the press. Someone then broke into Dove’s warehouse next door and stole the first national shipment of chocolate, setting back Dove’s planned market release date over a month.

Oh yeah, Jessica Simpson is not fat! So there!