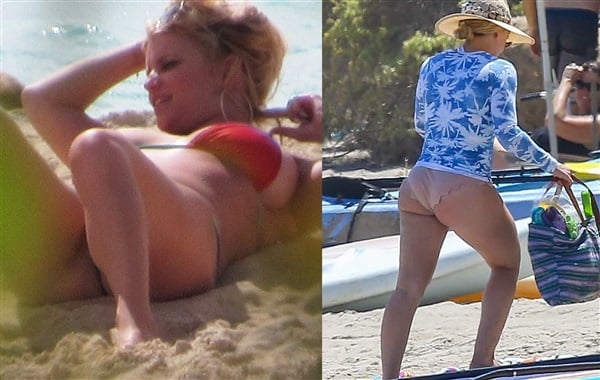 In response to Jessica’s challenge, Hilary Duff also takes to the beach in a bikini and flaunts her shapely fat ass in the photos below.

The only thing that can be said for certain is that since neither Jessica nor Hilary is being put to good use by a Muslim man then both of them are complete and utter losers, and they will burn in the hellfire for all eternity for squandering their Allah given talents.