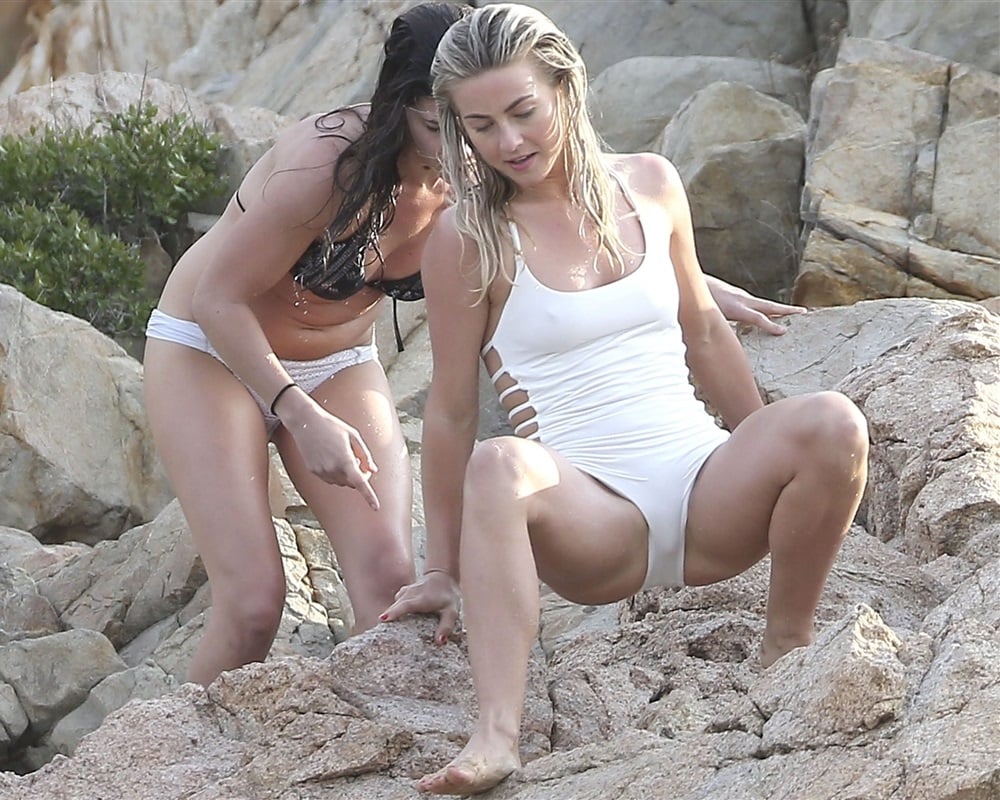 Instead of being eternally grateful that she found a man both dumb and desperate enough to want to marry her geriatric 28-year-old ass (for at this point she is unlikely to produce more than a half dozen offspring before her uterus dries up and turns to dust), Julianne Hough grabs her friends (including former “The Vampire Diaries” star Nina Dobrev) and jumps on a yacht in the Gulf of Oman to try one last time to score some Muslim dick before her wedding.