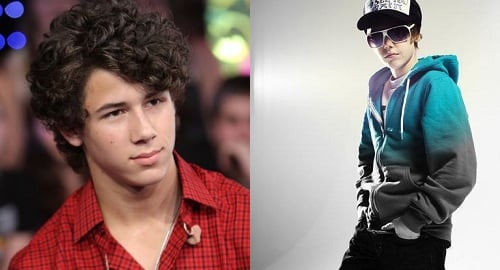 A feud is brewing between teen heartthrob Justin Bieber and singing sensation Nick Jonas. Speaking to reporters outside the Four Seasons Hotel in Houston, Nick called Justin a “punk-ass nigga,” and threatened to “take her out of the box.”

Nick’s threat comes just days after Justin pledged her loyalty to the Crips, a notorious L.A. street gang. Sources close to Nick claim he is a long-time member of the Bloods, the arch rivals of the Crips. This would explain why Nick was wearing a red shirt, a color associated with the Bloods.