Katy Perry Wears A See Thru Dress To The Grammys 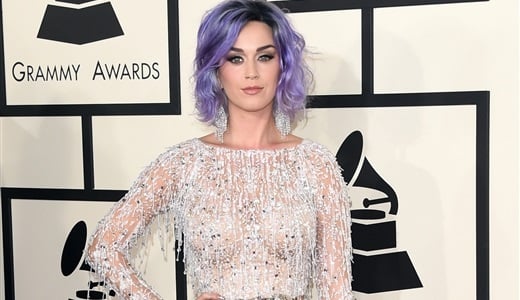 Katy Perry stole the show at The Grammys last night, not by winning any awards of course as she completely lacks musical talent, but rather by showing up at the supposedly classy event in a see through dress.

As you can see in the photos below, Katy Perry was the belle of the ball, as she even impressed her rival pop music whores Nicki Minaj and Miley Cyrus with her brazen sluttery.

Of course The Grammys is usually the one musical award show which the hopeless degenerates that make up the music industry try to keep upscale by being on their best behavior, but after all her years in music Katy Perry has sunk to such an obscene level of immorality that so long as she isn’t on all fours getting her asshole fisted by some guy in a shark costume she thinks she is being the epitome of sophisticated elegance.