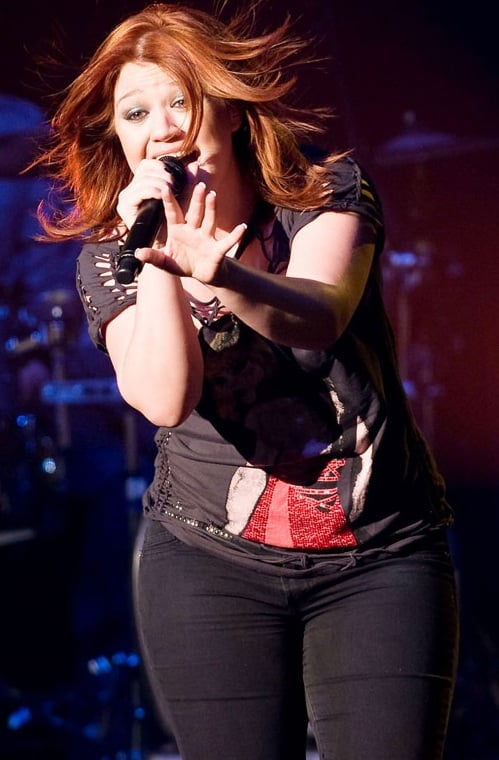 Sure her hips are ridiculously wide and testing the will of the denim in her jeans, but that doesn’t mean she is fat. OK yeah her ass is huge, her arms are flabby, and she has a big gut. Oh and her fingers look fat and she is getting multiple chins. Anyway what was I saying? Oh yeah Kelly Clarkson is not fat!

We caught up with Kelly recently feeding at her potato chip trough (it is actually more of a large tin filled with various flavors of potato chips than an actual trough), and I asked her point blank “What do you have to say to critics out there that think you are getting too big?” You know what she told me? And I’ll never forget her words. Kelly said,

Powerful stuff from a talented singer. So think about Kelly’s words the next time you start to think Kelly Clarkson is overweight.