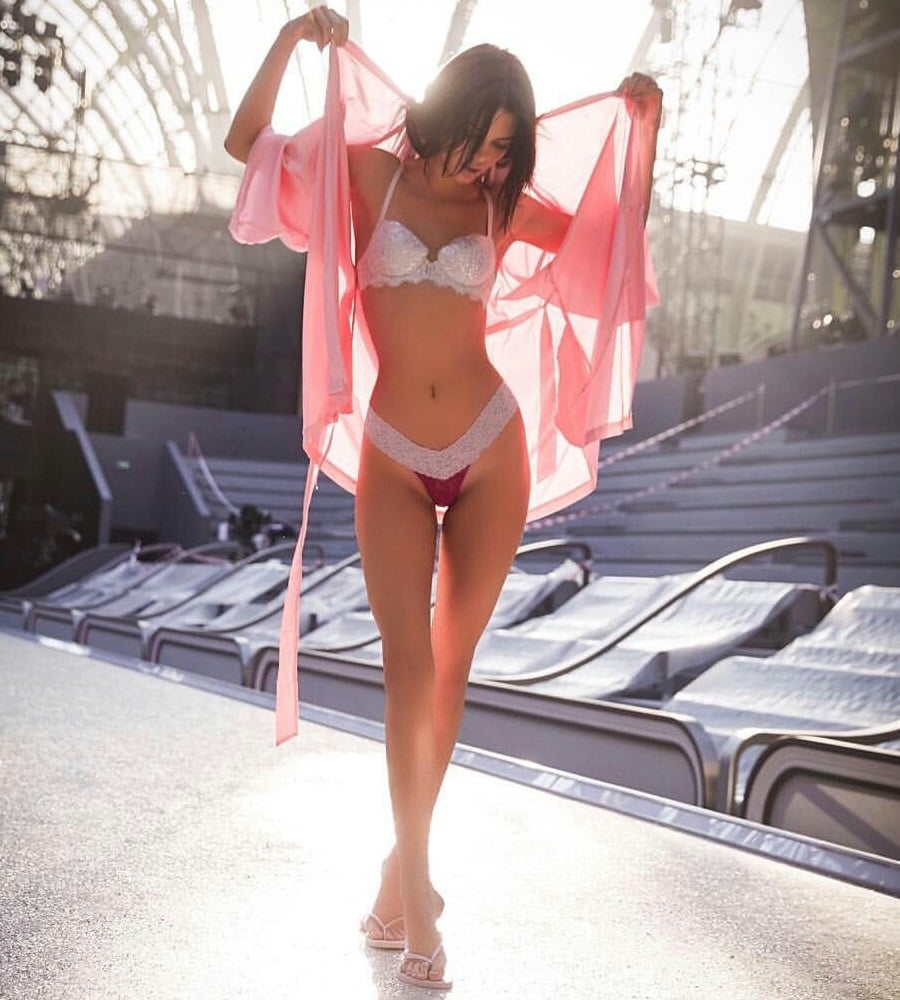 Kendall Jenner flaunts her thigh gap and camel toe while in lace panties for the 2016 Victoria’s Secret Fashion Show in the photos below.

Every year Victoria’s Secret hires some of the Western world’s most beautiful women to walk the runway in lingerie to promote their crappy brand, but more importantly this annual tradition serves as an audition for the harems of us powerful and fabulously wealthy Muslim men. However, this year Victoria’s Secret appears to be trying something different by allowing the barely attractive Kendall Jenner into the show.

While we understand the need for ratings and the draw of the degenerate Jenner/Kardashians in the hopelessly depraved Western world, they are crazy if they think any self-respecting Muslim man would pay top dinar to fill Kendall’s thigh gap with his massive manhood. In fact, if we saw the busted looking toe which Kendall is sporting in her panties on a camel we’d put the poor creature down. Yes it is clear from these photos that as a “model” Kendall Jenner is playing well out of her league at the Victoria’s Secret Fashion Show.