Lindsay Lohan Was Dating Heath Ledger When He Died 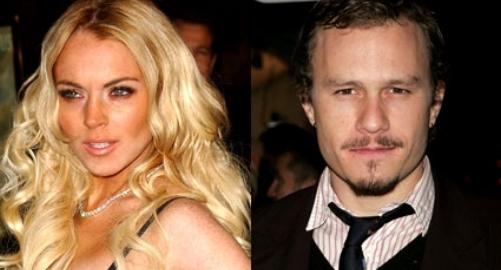 In the latest leaked tape by Lindsay Lohan’s father Michael Lohan, we learn that Lindsay was dating Heath Ledger at the time of his death.

In the 2008 tapes, Lindsay’s mom Dina tells Michael that Heath’s drug overdose devastated their daughter and “f***ed her up.” She is heard on the tape saying that,

“She was dating Heath when he died. I don’t know if you know that, but I know cause I would drop her off and they were friends very, very close, ok?”

Lindsay dating Heath makes perfect sense because he was trying to hit rock bottom. Not to mention this would explain the large quantities of “stank puss” found during Heath’s autopsy.

Dina went on to say that she fears Lindsay may pull a Heath of her own.

“Because when she’s drunk or takes an Adderall with it she will do something like Heath Ledger did in a second without thinking.”

Luckily for the Lohan’s their little meal ticket Lindsay is not nearly talented enough to die young like Heath Ledger, James Dean, or River Phoenix. No, unfortunately Lindsay will live to be a ripe old whore.