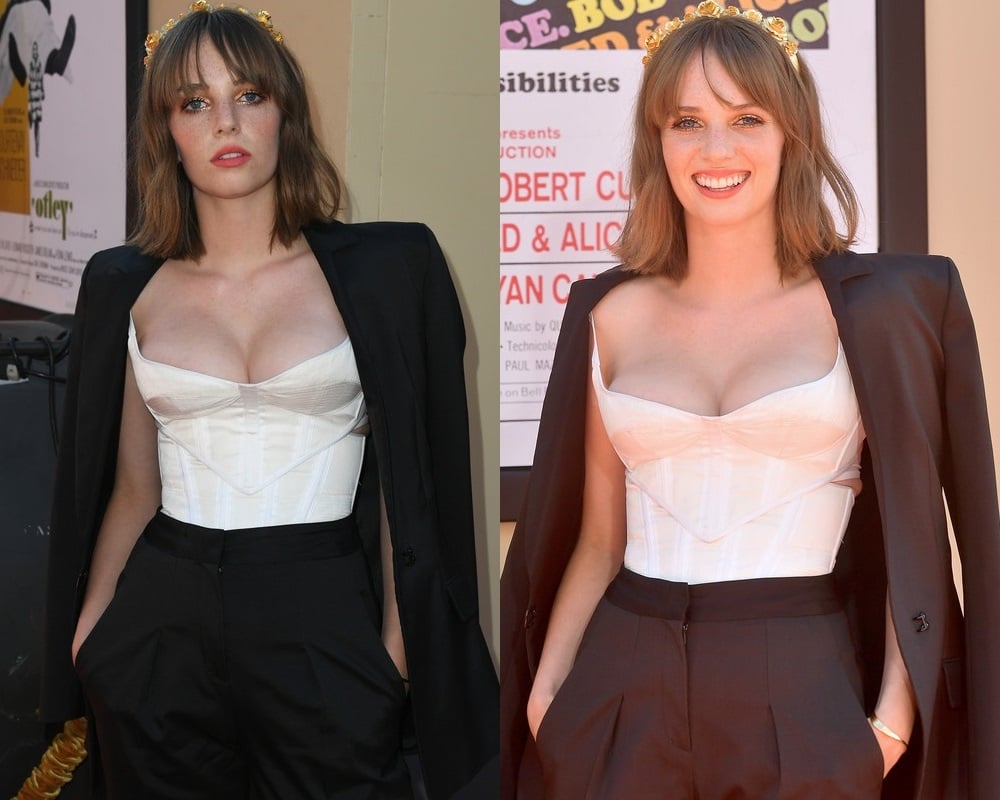 “Stranger Things” star Maya Hawke is trying to takeover heathen Hollywood with her tits, as she shows up to the premiere of Quentin Tarantino’s new film “Once Upon a Time In Hollywood” with her boobs bursting out of her top in the video below.

Clearly Maya’s mammaries are following in her mother’s footsteps (or should I say breaststeps), for Uma Thurman famously used her massive milky white mounds to seduce Quentin Tarantino into giving her numerous starring roles in his movies.

Now it appears as though Quentin will be playing snake in tit valley with Uma’s daughter Maya, and that a third “Kill Bill” movie will be made featuring Maya hacking people into bits with a samurai sword while her chesticles are tucked snugly into a bright yellow jumpsuit.