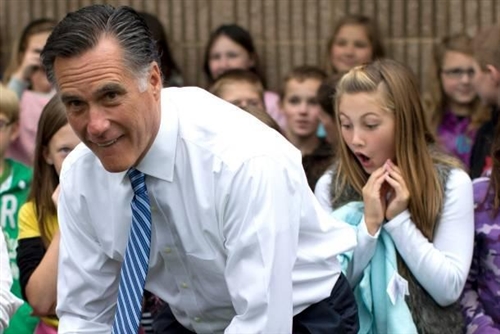 In the photo above, American presidential candidate Mitt Romney decides to give school children in the crucial swing state of Virginia a thrill by bending over to reveal his magical Mormon underwear.

Us Muslims approve of the Mormon practice of requiring their women to wear special conservative undergarments, as the more coverage there is of the sinful female body the better.

However, we find the concept of men wearing any sort of underwear ridiculous as the shifting of our enormous loins would rip any constraining fabric to shreds. Obviously heathen Mormons like Mitt Romney don’t have that problem. Definitely something for American voters to consider.