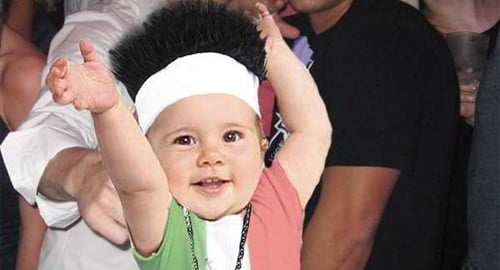 Clearly Neil Armstrong has been reincarnated as Snooki’s baby as a punishment for his blasphemy in pretending to go to the moon. Allah probably spent 24 hours giving Neil Armstrong the business before shoving his spirit up Snooki’s snatch, so that he can suffer through life having her as a mother.