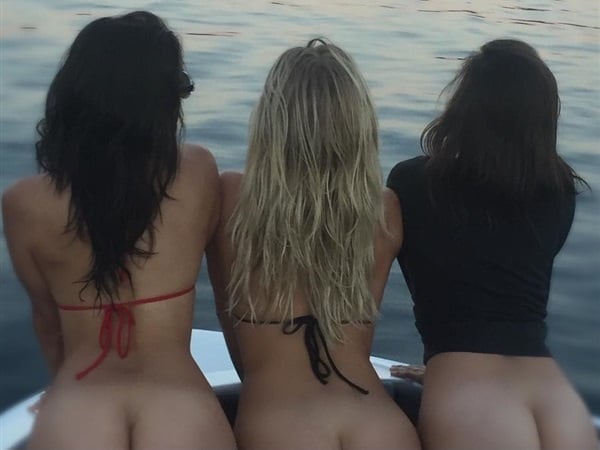 Actresses Nina Dobrev, Julianne Hough, and Milissa Sears (from left to right) flash their bare ass cracks while bent over the side of a boat in the photo above.