Pictures of Lady Gaga at the MTV VMAs 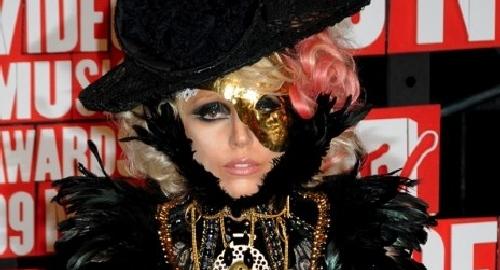 Lady Gaga desperately tried to draw attention away from her penis last night at the MTV Video Music Awards.

As the pictures below show Lady Gaga really out did herself in her “don’t look at my penis campaign”. She appeared in various costumes throughout the night including dressing as a cat, a black bird, a bird’s nest, a mouse bride, and a used tampon.