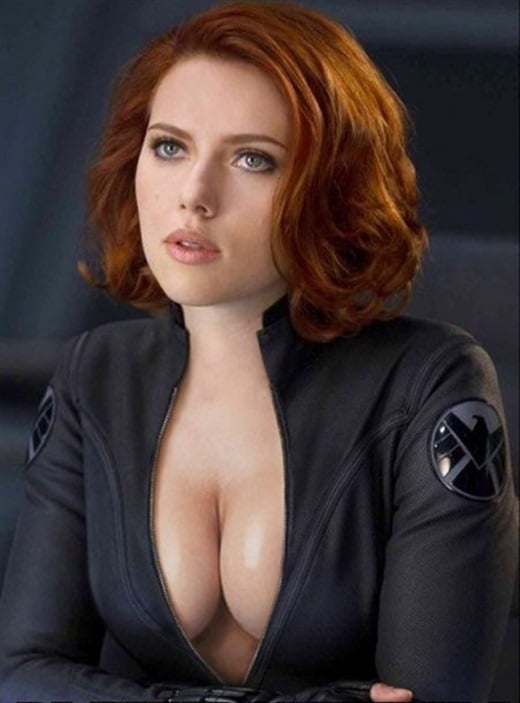 Scarlett Johansson gave the basement dwelling mouthbreathers at Comic Con a thrill today when she unveiled this still of her new “Black Widow” costume from the much anticipated blockbuster “Avengers: Age Of Ultron”.

Yes Scarlett Johansson’s new bosomy Black Widow costume will certainly please the degenerate infidel movie-going public. Theaters throughout the Western world will no doubt be packed with nerds panting heavily as they stuff their bloated acne riddled faces with candy and popcorn, and watch Scarlett bounce around with her tits out sexually servicing the real superheros in “Avengers: Age of Ultron”.