Steven Spielberg is a Jew 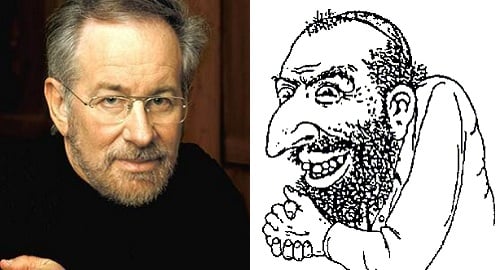 CelebJihad.com has learned that Academy Award winning director Steven Spielberg is a Jew! Our seven-month long undercover investigation has confirmed that Spielberg, who is currently warping up post-production work on HBO’s World War II epic “The Pacific,” is a member of the Zionist-criminal cabal.

While details are still sketchy, we can only assume that Spielberg, like all Jews, is heavily involved in the trafficking of Palestinian organs. And while we have no hard evidence at this point, we must also assume that Spielberg dines regularly on the flesh of Muslim babies, which Jews consider a delicacy.

We will have more details on this shocking revelation as they become available.