Steven Tyler Is A Gay Pirate 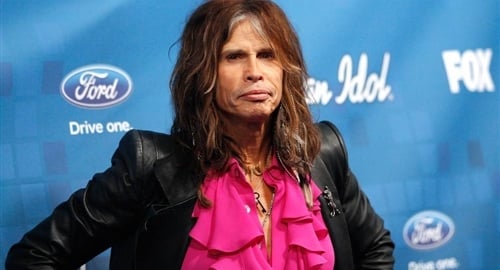 Lead singer of Aerosmith and judge on American Idol, Steven Tyler has completed his transformation into a gay pirate.

Tyler who has long been confused about his sexual identity, (he even famously wrote a song about his struggles entitled “Dude Looks Like A Lady”) finally settled on being a gay pirate as a happy medium between gay man and ugly woman.

Now that Steven Tyler is a full blown gay pirate we can expect to see him in many more feminine puffy shirts, and to hear about him getting his “booty plundered” in a restroom at an airport Applebee’s. Obviously Steven’s best days lay ahead of him.