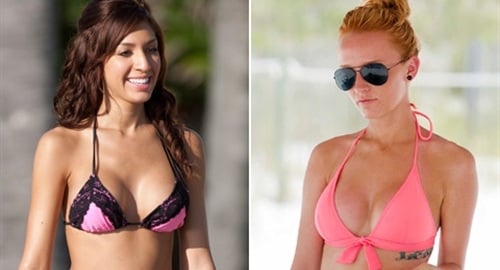 Of course both of these infidels should be applauded for having the good sense to start breeding early, unlike most kuffar women who wait until they are old maids in their 20’s. However, neither girl had the good sense to procreate with a Muslim, so unfortunately for them Islam commands we regard them both as vile whores.